Have a look around the blog and make sure to contact me ASAP! Let's get your incredible day on my calendar, and let's create memories that you'll remember for a lifetime.

A night in the city with twinkle lights, a beloved pup, and two people who just can’t get enough of each other–makes for magical engagement photos. Even when a couple’s session faces some hiccups (keep reading for some pup stories!), it’s these heartfelt moments that make for the greatest memories. This couple’s Washington, DC engagement photos were such a pleasure to capture!

Locals in Their Element

Victoria had grown up just outside of Washington, DC and had met her fiance, Connor, on 14th Street. Going there for some of their photos was an obvious choice! I love it when an engagement session can retrace the steps of a couple’s story by visiting locations that are special to them. We can take a walk down memory lane connecting the dots of your story all the way to your wedding day!

These two planned to get married in Cancun in the spring, so sticking with places familiar to them for their engagement session was particularly important. They just love DC and wanted to capture as many photos as they could in great locations. They chose excellent spots like the National Portrait Gallery and Chinatown.

We walked around this area because they used to live in the neighborhood and still love spending time there! The lovebirds also wanted to capture the twinkle lights having the feel of winter without being overly Christmasy. There are endless romantic spots to choose from in Washington, DC for your winter engagement photos. These were certainly some of those spots that are great for proposals too!

This couple was spot on in their winter engagement photo outfits choosing a neutral but still super fun color palette. Their outfits included smaller patterns like the flannel of Connor’s coat and the snakeskin of Victoria’s boots. Both were a perfect contrast to all the colors we encountered in the city!

Puppy Love in the City

But, the most important piece included in their color palette and walk down memory lane was their much-loved pup, Manny. Their fur baby is an English Bulldog and Beagle mix and they are completely obsessed with him! Victoria and Connor made sure that their entire little family was included in their Washington, DC engagement photos!

For a pup who is normally totally chill, he was just NOT into being picked up during their photo session. We just rolled with it and let Manny do what he wanted beside Victoria & Conner. I LOVE pups so at one point I got down on Manny’s level to give him some treats. After sniffing my camera he relaxed some. There was just so much activity going on in Chinatown that I think he was a little overwhelmed!

These three ended up doing more walking than cuddling to capture these Washington, DC engagement photos but they were still able to fully experience all the romantic city vibes with their beloved pup in tow!

Ready for your city engagement photos? Feel free to bring the pups along! 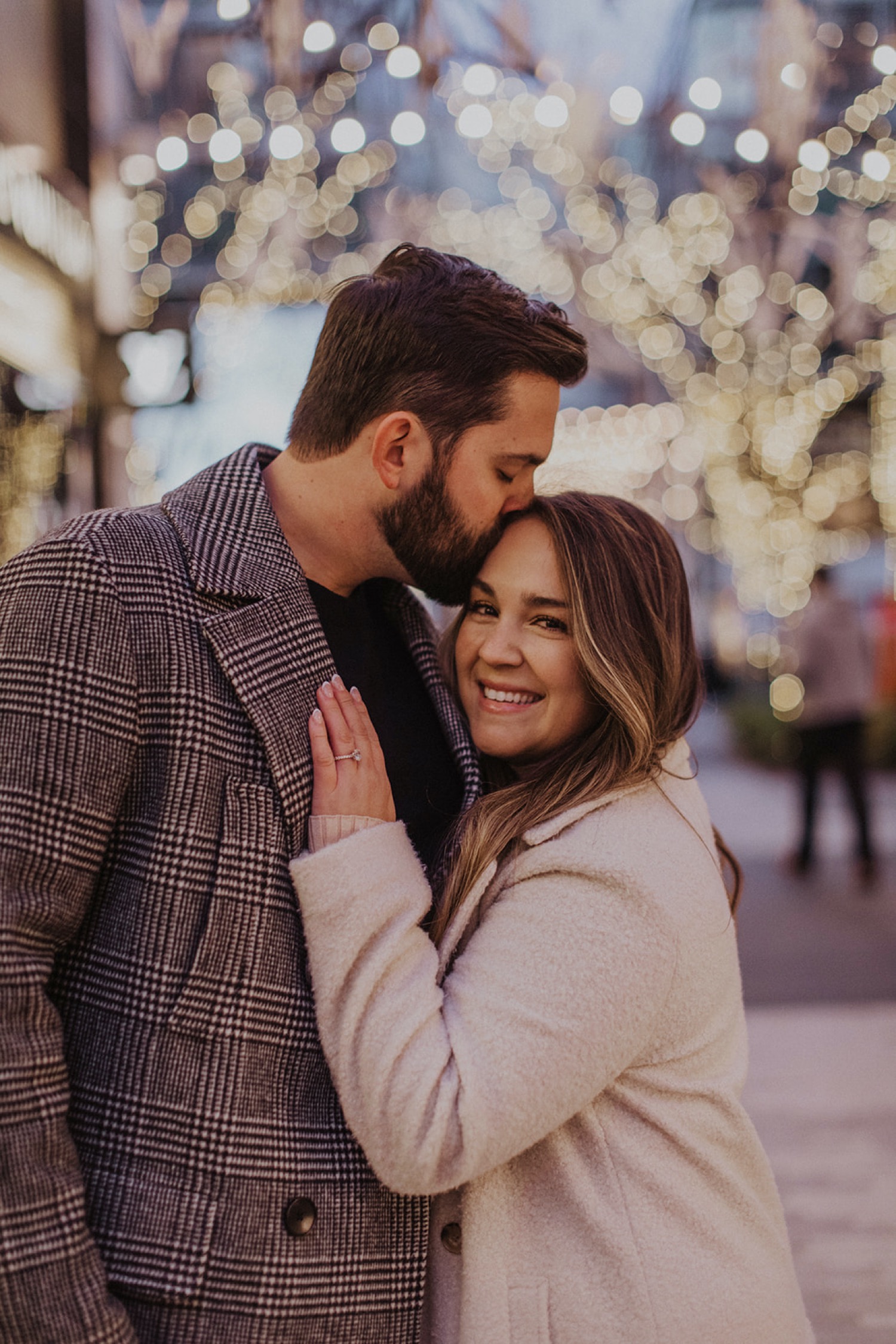